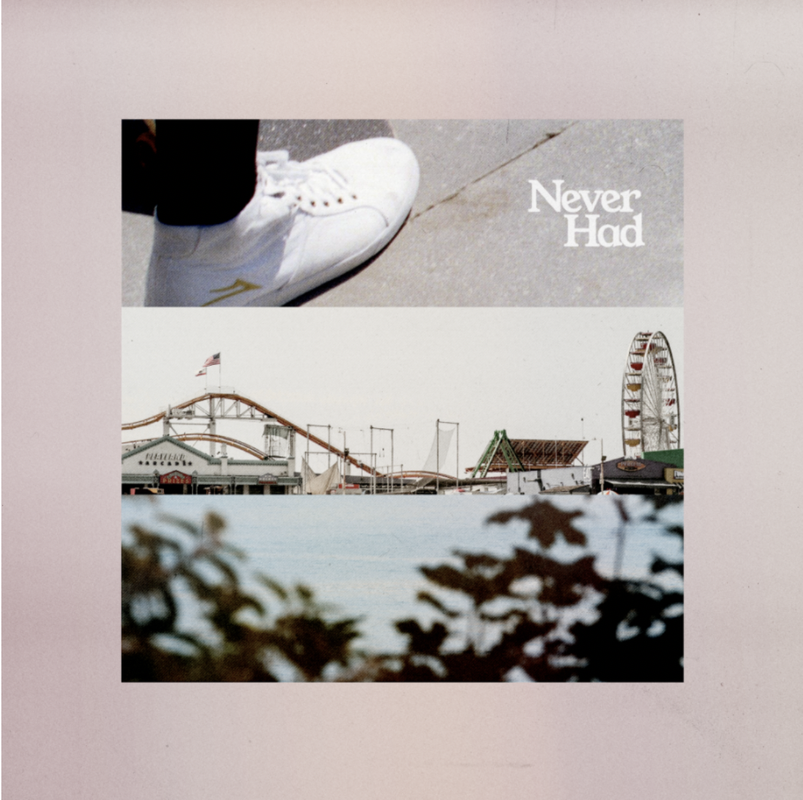 Forrest Frank (of SURFACES)
​Last summer, Forrest Frank found himself at a creative crossroads. The Texas native had spent the past three years steadily building momentum with his friend and collaborator Colin Padalecki and their successful duo, SURFACES, who were months away from releasing their third self-produced album, Horizons. But the Houston-born 25-year-old, who’d temporarily put the idea of making solo music on the back burner to keep building on his band’s success, craved the freedom to make music just for himself again, like he’d once done for eight hours daily in his college bedroom, classes and homework be damned. Suddenly sensing that a change of scenery was in order, Forrest gathered a group of friends and headed off to a far-flung cliffside Airbnb on the coast of northern California. They cleared the furniture out, pushed the kitchen table against the home’s floor-to-ceiling, ocean-facing windows, and set up a makeshift studio that’d be their home for the next two weeks. Over the course of the following eight days, Frank and his collaborators crafted Effortless, a breezy, impassioned project that feels fully prescient in its embrace of urgent, joyous, take-a-load-off-and-stay-a-while escapism.

Forrest’s expansive, needle-moving new project is the culmination of the ten years the producer and vocalist has put into honing his craft, from early days recording himself singing in the front seat of his car as he learned how to strengthen his voice, to his years tinkering with beats on his iPhone in his bedroom with no inkling that he’d one day be performing to sold-out rooms, collaborating with Elton John, and playing late night talk shows with a massive hit single under his belt. “I’ve always been a dreamer, but I never actually let those dreams out into the world,” Forrest says. “Making music and putting myself so out there was a huge overcoming of those nerves and fear. To see the music so well-received is mind-boggling. I don’t think I’ll ever be able to fathom that it’s hitting so hard.”

On first listen, Effortless hits with the full force of a cresting wave. It’s equal parts lyrically introspective, musically confident, and thrillingly beat-driven. Bouncy, blissed-out lead single “Never Had” pays tribute to Forrest’s influences in chillwave SoundCloud beat makers like Sam Gellaitry and Monte Booker, and Soulection rapper Smino. Other tracks hearken back to the ‘90s dance legends Quad City DJ’s, whose hits Forrest’s father used to soundtrack family dance parties in their Dallas living room. Later Effortless standouts embody the emotional and spiritual maturity that’s bloomed in Forrest in the years since his first album dropped. “Honestly, I just want my music to feel good,” he says. “I want it to make people feel encouraged, and at peace, to feel the confidence to be themselves the way music gives me the freedom to be my full, weird self.”

Forrest’s place in the music history books wasn’t always this carved in stone. After graduating college, he left Texas and accepted a job at a Seattle pharmaceutical company, but his heart wasn’t in the work, so he quit after a year to pursue music full time. “For so long, music was my secret passion,” he says. “And the way my personality works, I had to see this thing through.” Although he laughs remembering how the band was in debt at the time, within six months, SURFACES’ songs started to take off, connecting with fans around the world who found something singular in the band’s blend of genre-blurring, buoyant production and “no shirt, no shoes, no problem” energy. After only half a year of being back in Texas, Forrest moved out of his parents’ home into his own place, and the rest—sold-out club dates across America, eye-popping streaming success, Justin Bieber and Jessica Alba TikToks set to their songs—has just been history in-the-making.

Forrest says he can trace his unshakable drive back to a chance, pivotal encounter with a college acquaintance. “He found me and said, ‘Dude, whatever you’re doing, keep doing it. It’s absolutely amazing. If you need anything, hit me up. I’m a huge fan. I’m loving every minute of it.’ That changed my life, and I’ve tried to make a big effort to do the same. Anytime anyone leaves a little deposit of a dream with me, I look them in the eyes and say, ‘If you want to be the best person in the world at that, go do it. You can do it. You have everything you need to do it.’”

In 2018, Forrest released his first solo album, Warm, a nine-track record that’s filled with glimpses of lyrical and musical promise fulfilled on Effortless. With SURFACES, Forrest has released three full-length albums to date, and recently collaborated with Sir Elton John on the song “Learn To Fly.” With more SURFACES music on the way (stay tuned...), their hit song “Sunday Best” going platinum and peaking at #19 on Billboard’s Hot 100 chart, and a handful of new solo songs he’s (nearly) finished in quarantine, there’s no stopping the cresting of Forres Frank’s 2020 wave. “If the music I make physically does this to people this soon,” he says with a laugh, “I don’t know how it could ever stop here.”