Vice
Cover Story: Chase Icon Just Wants to Live Up to Her Name
The internet-famous social media star found success in parodying the lives of Hollywood’s elite. What happens when she attempts to join their ranks? 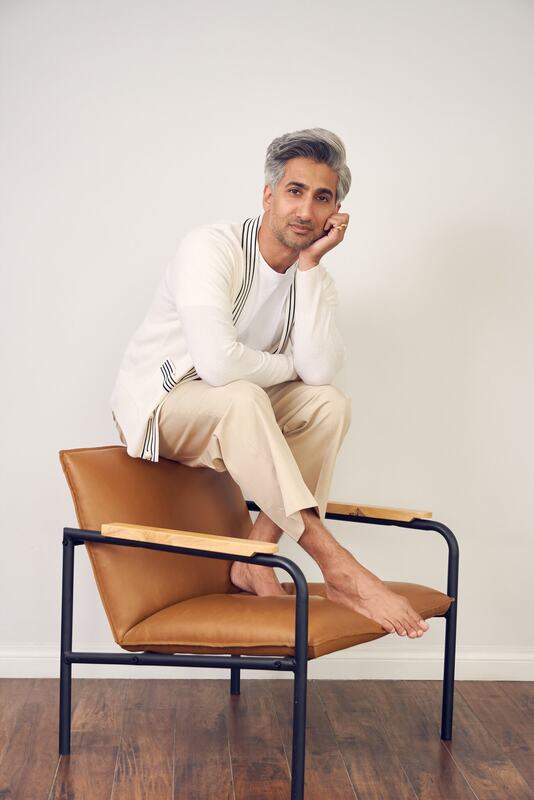 The New York Times
Back to School With Tan France
The Queer Eye star has a lot to teach us about dressing.
Pop Stars Like Cozy Stuff, Too
With fans stuck at home, many musicians are pivoting from selling tour T-shirts to hawking comforting tchotchkes.
Vogue
“It’s Not the Glamour That Draws Me”: Kylie Minogue on Her New Album
A profile of the prolific Australian musical superstar on the eve of her brand new album, Disco. 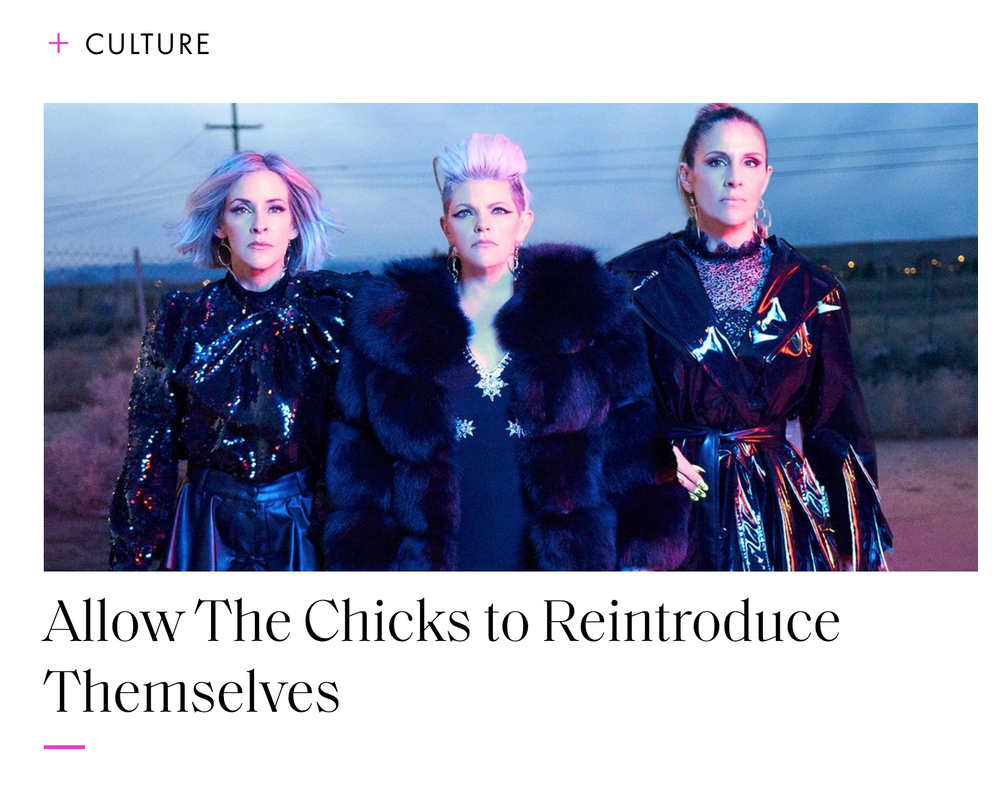 Elle
Allow The Chicks To Reintroduce Themselves
Twenty-five years, 12 albums, a global controversy, and one name change later, The Chicks are back with Gaslighter—and better than ever.
Carly Rae Jepsen Looks Back On Her Game-Changing Album E•MO•TION Five Years Later
"I was really searching for what sort of pop music was authentic and made sense to me."
Jessie Ware Makes Quarantine Less Lonely With What’s Your Pleasure?
The English singer talks making one of the year’s most upbeat albums. 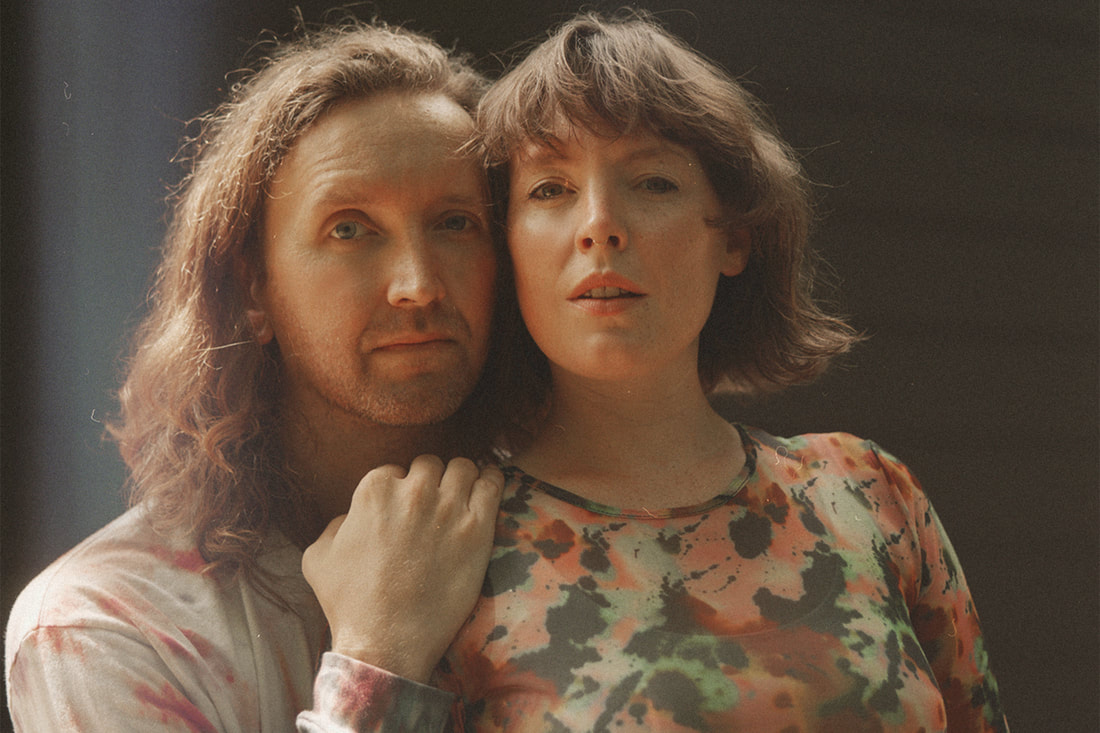 Entertainment Weekly
Sylvan Esso Look Inward
On their third album, Free Love, Amelia Meath and Nick Sanborn embrace the complexity of being human.
Miranda Lambert Is Finally Breathing Again
The country singer on being an introverted superstar, getting life advice from Loretta Lynn, and her sparse new acoustic album The Marfa Tapes.
Gwen Stefani on Her New Single, Returning to Her Reggae and Ska Roots, and the Legacy of Tragic Kingdom
An interview with the No Doubt singer on her (don't call it a) comeback to solo music, five years after her most recent album. 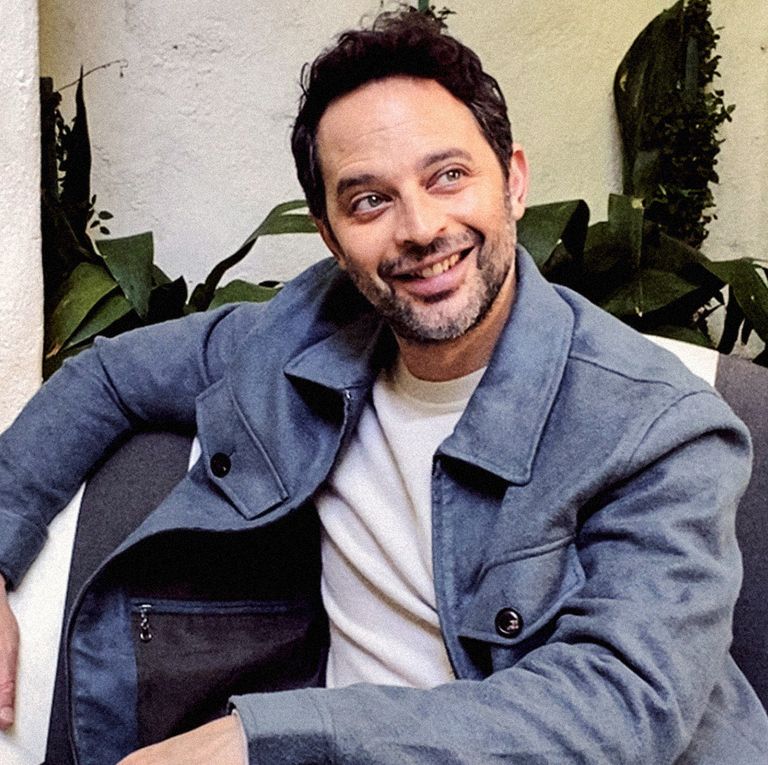 ​Esquire
Nick Kroll Knows We're All at Least a Little Bit Disgusting
In its fourth season, Big Mouth continues to live by the 'no fucks given' mantra it began with. And it’s still working.
HBO’s Stories—and Storytellers—Are Setting the Standard for Inclusive, LGBTQ+ Friendly Television
Stars and creators of We’re Here, Betty, and other breakout shows discuss how representation is more than just characters on the screen.​ Bustle
Frankie Jonas Is Doing His Own Thing
How the youngest Jonas brother, now 20, found his voice — raunchy, self-aware, heavily therapized — on TikTok.
​The Ballad of Braunwyn
Braunwyn Windham-Burke has a husband, a girlfriend, and 12 months sober. Is she too real for The Real Housewives?
The Cut
Radio Disney Helped Me Find My People
For all the ostracized kids out there, Radio Disney made fantasy feel like a perfectly acceptable reality.
MTV News
An Oral History of the A*Teens, the ABBA Cover Band That Defined Y2K Pop
They went global with Teen Spirit, toured with Britney Spears, and then... silence. 20 years later, the Swedish foursome explain what really happened.
Kathryn Newton Finally Lets Her Freaky Flag Fly
Her unexpected turn as the Blissfield Butcher in Blumhouse's new horror-comedy is about so much more than body-swapping and chopping. 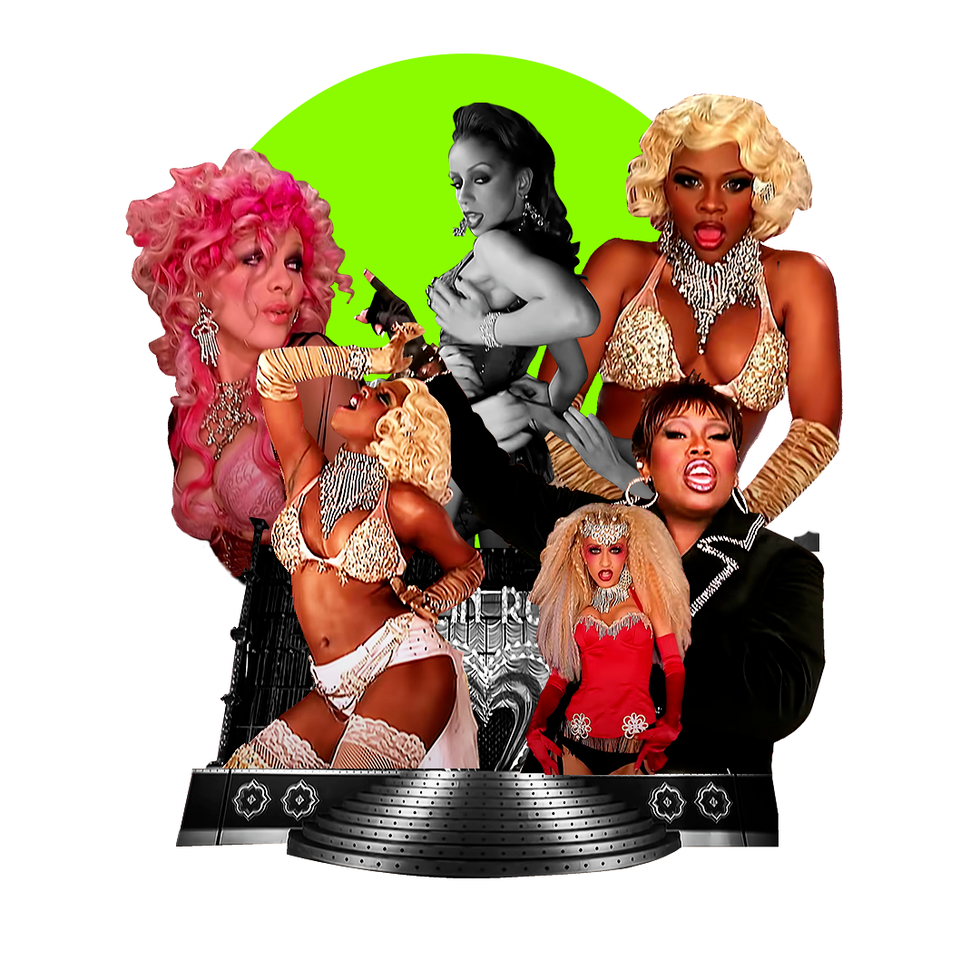 ​Cosmopolitan
A Very Juicy Oral History of “Lady Marmalade”
Including interviews with Christina Aguilera, Patti LaBelle, Mya, and Tina Landon about the iconic music video, which debuted 20 years ago.
How the Cast and Crew of Selling Sunset Made 2020’s Buzziest Must-See TV Show
Start with a heaping of house porn, sprinkle in one of the best reality show (er, docusoap) casts in years, let the creator of The Hills and Laguna Beach stir the pot, and you’ve got yourself a smash hit.
Op-Ed: You Realize Lil Nas X Made the "MONTERO" Video to Provoke This Exact Brand of Anti-Gay Rhetoric, Right?
He isn’t the first gay celebrity to flip homophobia on its head; he's just the best person for the job.

Mr. Porter
Where Pride Goes From Here, In The Words Of Experts, Allies And Activists
To recapture some queer solidarity in the absence of in-person Pride, and to attempt to piece together where Pride goes post-coronavirus, this year, MR PORTER assembled a virtual roundtable to discuss socially distant celebrations, the lessons we can learn from the Black Lives Matter protests and the queer history we must continue to carry with us.

Grammy.com
Ricky Reed Invites You Into The Room Where It Happened
The Los Angeles producer and songwriter talks to GRAMMY.com about his new "solo" album and what it took to get inspired to make music again
What Do Britney Spears, Katy Perry, Troye Sivan & Taylor Swift All Have In Common? Oscar Görres
The Swedish producer, songwriter and Max Martin protégé opens up in his first-ever interview about helping craft hits for your favorite pop stars
Songwriter Justin Tranter On Pride Anthems, Protesting & Pop Superstardom
The Los Angeles-based lyricist speaks with the Recording Academy via Zoom about their work on some of 2020’s most popular songs, writing future hits over FaceTime and the importance of activism. 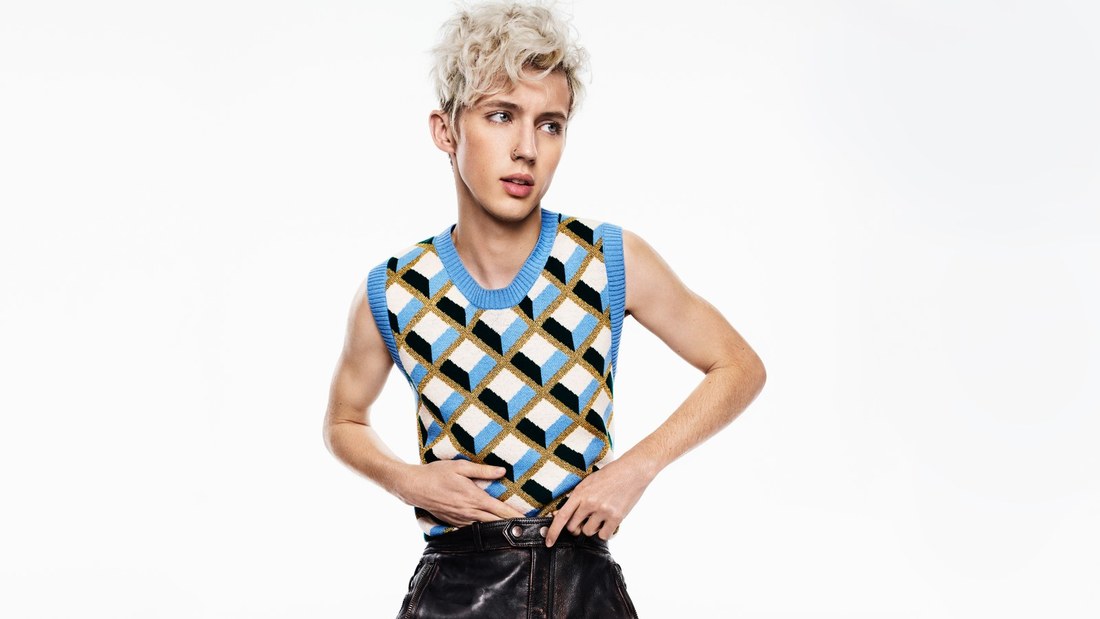 ​GQ
Troye Sivan Is on Top
The 23-year-old’s new album, Bloom, is bold, gay, and filled with bangers.
Kristin Chenoweth Works Hard to Make You Laugh
The Broadway star has kept her career consistently hot for twenty years. Now she's back on the small screen in Trial & Error: Lady, Killer as a calculating, hilarious (possible) murderess.
Logan Lerman Doesn’t Want to Wear the Tights
The former child actor isn’t just the best thing about Amazon’s controversial new show, Hunters—he's also an essential part of its creative engine.​
On No Shame, Lily Allen Is Writing Her Own Headlines
The British pop star's been through the wringer since the very start of her career. Now she's taking back control of her story.
Kacey Musgraves, Woman Without a Country
Radio won't play her, but the Pageant Material star is more popular than ever 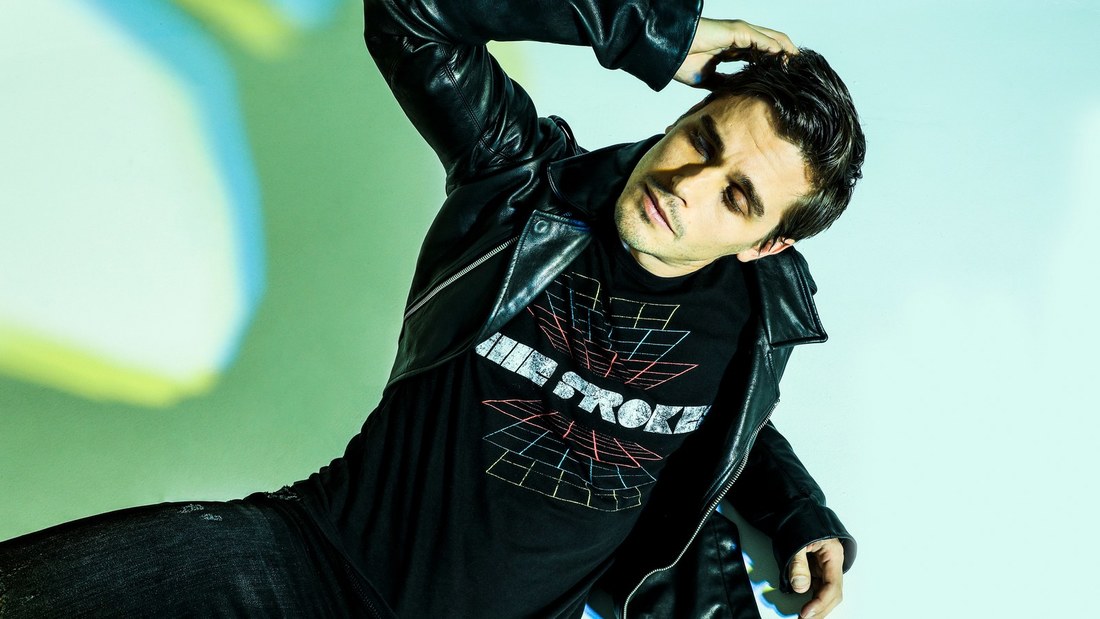 ​Queer Eye's Antoni Porowski Knows You're Thinking About Him
The show's food and wine expert walks us through social media highs and lows, changing lives, and what exactly cooking means to him.
Olly Alexander Just Wants to Be Straight with You
The Years & Years frontman is back with a new single, a new hair color, and a new outlook on straight men.
Hayley Kiyoko Is Serious About Transforming Pop
The California native's debut album Expectations is bold, accessible, and proudly queer.
Make Way for the Queens: A Roundtable on the Future of Drag
The queens of RuPaul's Drag Race All Stars 3 tell us why drag is here, now and forever.
Maren Morris Is Destined for More Than “The Middle”
As mainstream musical success becomes harder to achieve, the country superstar has carved out a lane for herself.